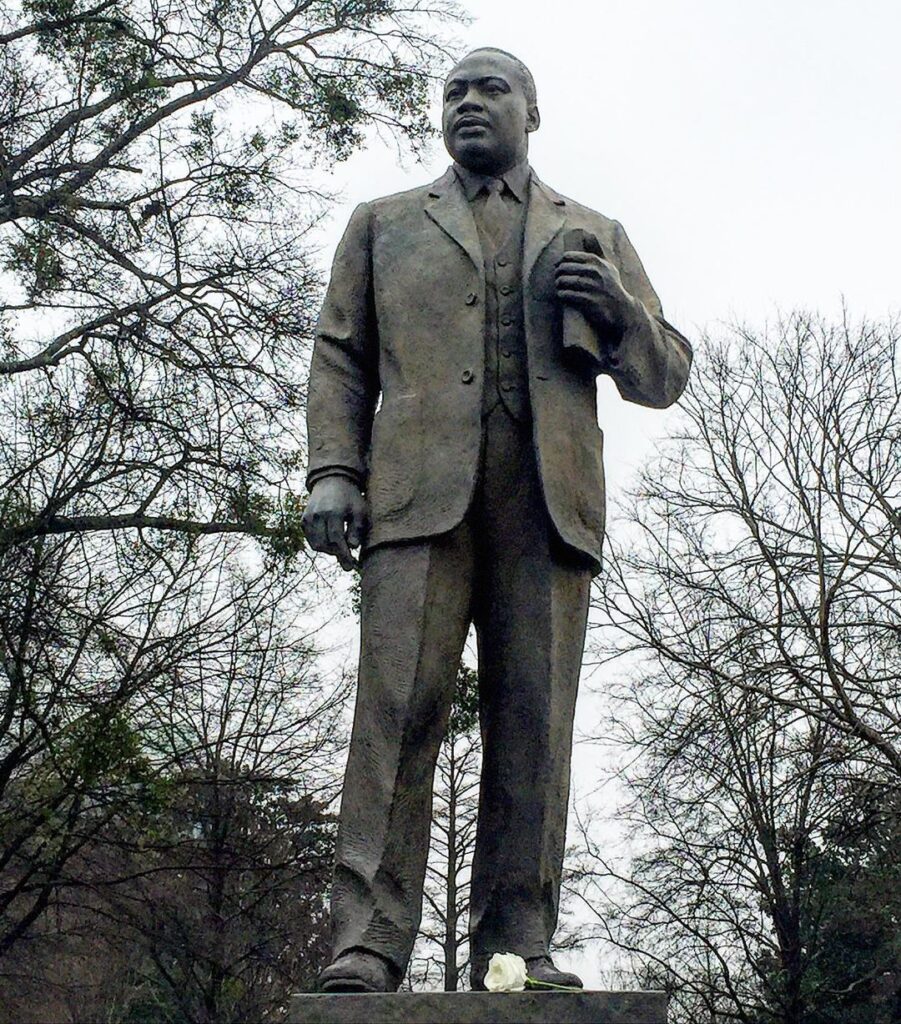 Like millions of other Americans, and now millions more abroad, I was horrified to see police officer Derek Chauvin slowly and blithely choking the life out of George Floyd this late May. America has progressed in some ways that I never thought I’d see. And yet, on the issue of police brutality and racial violence, I feel as horrified today as I did when I watched Rodney King get brutally beaten in 1991, or heard about the senseless execution of Amadou Diallo in 1999. Or when I read about Trayvon Martin, Freddie Gray, Ahmaud Arbery, Breonna Taylor, and countless others. It feels like the only thing that has changed is how we consume the news about these deaths.

I’m far from an expert on this issue, but I wanted to share some things I’ve been reading and doing. By now, you’re probably buried in recommended reading lists and resource guides. If you’re anything like me, you may be feeling overwhelmed by the suggestions. There are just so many links and lists, coupled with the heavy heart I feel over this issue, I find it’s easy to put things off for another day.

Sometimes, however, I come across something short and manageable, and it’s easy to act upon it at that moment. Yesterday, Mark Cho of The Armoury shared an excerpt from a book about redlining. David Shuck at Heddels wrote about how you can help reform the criminal justice system. The Cut has an excellent post on how you can support the struggle against police brutality. This morning, 3sixteen sent out nine links related to this issue (I like their reading list). I also want to share a brief list of things I’ve found to be useful. Maybe there’s something here you will find helpful too. 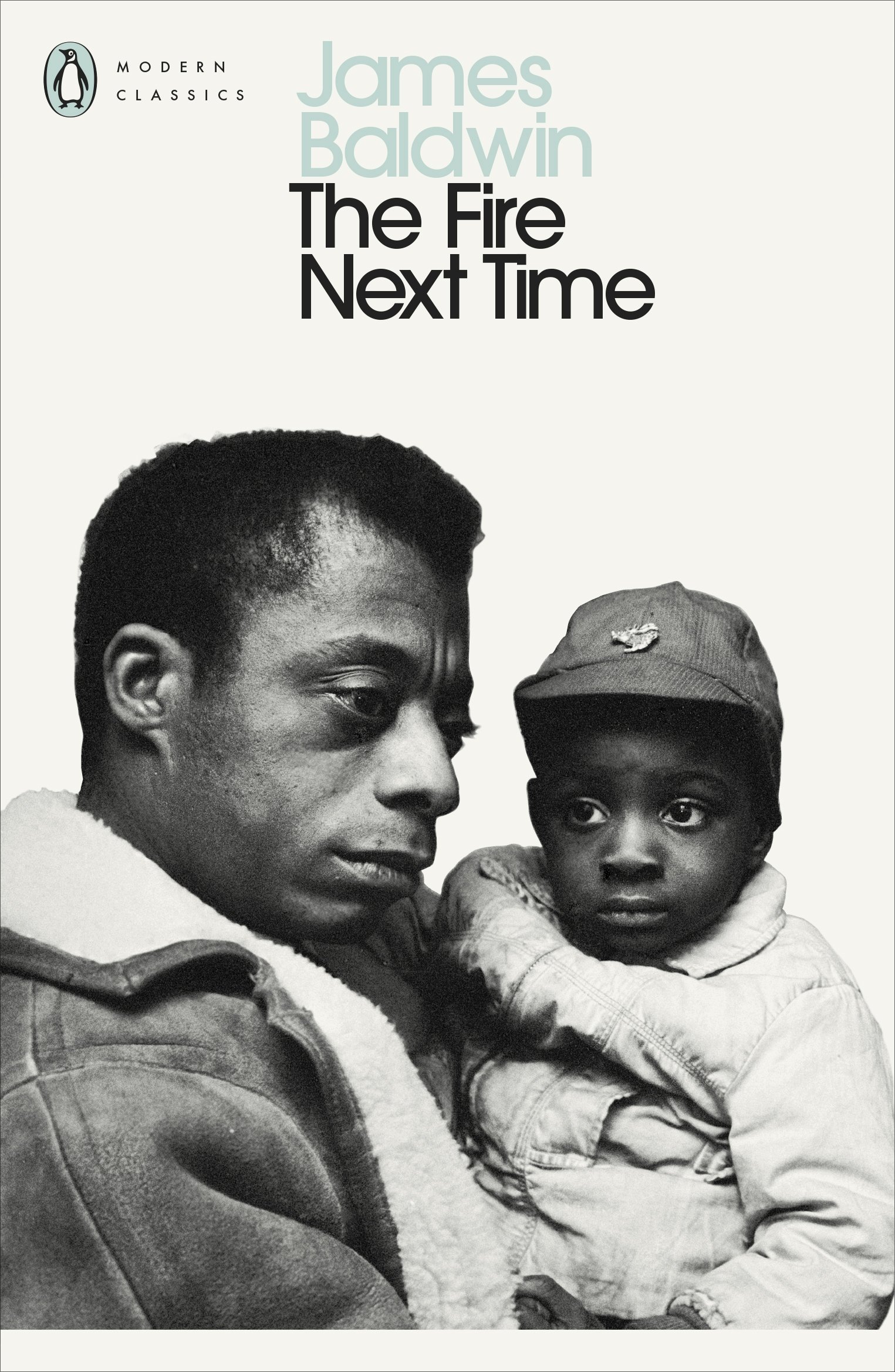 A couple of years ago, I read Michelle Alexander’s book The New Jim Crow: Mass Incarceration in the Age of Colorblindness and John Pfaff’s book Locked In: The True Causes of Mass Incarceration and How to Achieve Real Reform. Both try to explain the exploding prison population in the United States. You may have come across Alexander’s thesis. When racist lawmakers implemented the War on Drugs, millions of Black people were locked up for low-level drug offenses, which shot US incarceration rates to astronomical highs.

John Pfaff argues against what he calls the “Standard Story,” which is his term for the three most popular theories about what’s driving mass incarceration: longer sentences, the War on Drugs, and the privatization of prisons. While these things matter, Pfaff argues, they don’t matter as much as overcharging prosecutors. You see this in Chauvin’s case. Initially charged with third-degree murder, until there was an outcry and it was changed to second-degree, the same crime would have likely resulted in countless heavy charges if Chauvin was a Black civilian.

Pfaff has, at times, been wrongly accused of saying that race doesn’t matter. In fact, he has a section in his book literally titled “Race Matters.” But even if Locked In isn’t directly about race, it touches on the staggering economic, social, political, and racial costs of our broken criminal justice system. As crime rates tick up in my neighborhood, and I see neighbors calling for stiffer and more punitive sentences, all the while having “Black Lives Matter” signs on their front lawns, I think about Alexander and Pfaff’s books often. I encourage you to read them.

Other things I read in the last week: Ibram X. Kendi’s article in The Atlantic, “The American Nightmare;” an old but excellent study on racial discrimination in hiring; The NYT Upshot’s feature on the punishing reach of racism for Black boys; James Baldwin’s The Fire Next Time; and Martin Luther King Jr.’s “Letter from a Birmingham Jail” (more relevant than ever). I also bought a copy of Kendi’s book Stamped from the Beginning, which won a National Book Award for Nonfiction. It looks to be good.

Finally, I’ve been making an effort to follow Black scholars who specialize in racial justice issues. Tomorrow, Stanford political science professor Hakeem Jefferson will be hosting a Zoom webinar with political scientists, criminologists, and sociologists. The panel includes Christian Davenport (University of Michigan), Allison Harris (Yale), Jenn Jackson (Syracuse), Ayobami Laniyonu (University of Toronto), Megan Francis (University of Washington), Vesla Weaver (John Hopkins), and others. I encourage you to join in, but should you miss it, Professor Jefferson will have a link to a recording of the webinar on his Twitter feed. On Friday, there will be another webinar with Professor Angela Davis and others.

For tomorrow's event, let's use the following hashtag: #raceandjusticeconvo. You can also use this # to send me questions for the latter part of our conversation. Not sure how many we'll get to, tbh, but I'm sure our panelists would appreciate hearing from you here, nonetheless. https://t.co/B2i3QFSDpD

I donated to the Oakland bail fund and Oakland Black Business Damage Fund. At the time, I felt those groups needed money the most. But as the protest evolves, I think it’s more useful to donate to the national bail fund, which is distributing money to different groups on an as-needed basis. The NAACP’s Legal Defense Fund is also excellent. Additionally, someone on Twitter also made a case for donating to mutual aid funds, which are helping with other racial justice issues.

You can also donate to Black Lives Matter, Reclaim the Block, Black Visions Collective, Know Your Rights Camp, Campaign Zero, and the Equal Justice Initiative. All these organizations have well-organized websites that are full of resources and information.

If you, like me, are still anxious about the coronavirus pandemic and don’t feel safe going out to protest, a group of community organizers wrote this four-page pamphlet on how to still support the cause. I recently used Twitter to find local protest groups and donated supplies. You can also use social media to find groups supporting community clean-up efforts, such as Support the Cities, Free Hugs Project, and Bronx Clean-Up. Those are easier to join while still observing social distancing measures.

Over at Put This On, my friend Pete and I also wrote a post about Black-owned businesses we love. If you’re in a position to purchase something these days, considering supporting a Black-owned company. I think Ikiré Jones’ pocket squares are stunningly beautiful and would be useful in almost any tailored wardrobe. Since they have big, bold designs, you can twist or turn the square in any direction to show off a color, which helps with complementing a necktie.

I wrote out some thoughts on how to make this moment a real turning point to bring about real change––and pulled together some resources to help young activists sustain the momentum by channeling their energy into concrete action. https://t.co/jEczrOeFdv

Additionally, I found this Medium post by President Obama to be extremely helpful. Rather than framing solutions as being about protest or politics, he emphasizes that people have to engage with both. More importantly, he stresses, this is about local politics, not just federal elections. This is one of the central points of John Pfaff’s book. An excerpt from President Obama’s post:

Moreover, it’s important for us to understand which levels of government have the biggest impact on our criminal justice system and police practices. When we think about politics, a lot of us focus only on the presidency and the federal government. And yes, we should be fighting to make sure that we have a president, a Congress, a U.S. Justice Department, and a federal judiciary that actually recognize the ongoing, corrosive role that racism plays in our society and want to do something about it. But the elected officials who matter most in reforming police departments and the criminal justice system work at the state and local levels.

It’s mayors and county executives that appoint most police chiefs and negotiate collective bargaining agreements with police unions. It’s district attorneys and state’s attorneys that decide whether or not to investigate and ultimately charge those involved in police misconduct. Those are all elected positions. In some places, police review boards with the power to monitor police conduct are elected as well. Unfortunately, voter turnout in these local races is usually pitifully low, especially among young people — which makes no sense given the direct impact these offices have on social justice issues, not to mention the fact that who wins and who loses those seats is often determined by just a few thousand, or even a few hundred, votes.

Every time a senseless tragedy like this happens, we’re forced to confront the brutality of racial violence. It’s hard to not also recognize how racism pervades every aspect of American life, including everything from hiring and housing policy. I hope our country can use this moment, as well as the months and years ahead, to speak out for racial justice. As David Shuck at Heddels put it: “What we see on videos that make the national news is a drop in the bucket of what’s happening every day.”

do I have a lot of savings? no. but do my $150 shirts at least significantly last longer? also no