A couple of months ago, in a searing review at The New York Times, food critic Peter Wells grilled one of New York City’s most acclaimed institutions. Peter Luger is widely regarded as one of the best places to eat a steak. The 132-year-old restaurant is known for its Teutonic dining rooms, delicious meats, and long wooden bar, which has been “worn to a shine by a century of elbow-rubbing.” The broiled dry-aged steaks, cut in portions serving one to four, are said to be intensely beefy and deliciously charred.

But last October, Wells left the iconic restaurant unimpressed. He called the fries mealy, the salad drippy, and the potatoes dingy and gray. Then he wrote: “What gnaws at me every time I eat a Luger porterhouse is the realization that it’s just another steak, and far from the best New York has to offer. […] And after I’ve paid, there is the unshakable sense that I’ve been scammed.” In the end, the Times critic gave the restaurant an abysmal zero stars.

Perhaps as a sign of our times, Twitter took to the review almost immediately, with users eager to chime in with their hot takes. Some, such as Atlantic columnist Amanda Mull, were reasonable and even-keeled. (“My other opinion today is that Peter Luger is Good […] it is always sort of a debacle and always costs too much but it’s great for reasons I can’t totally explain, much like New York City itself”). But most echoed Wells’ sentiment, whether in earnest or perhaps simply wanting to say they also noticed the Emperor has no clothes. “Self-Satisfied New Yorkers Swear They Hated Peter Luger All Along,” summed up Eater. Comedian and online personality Desus Nice tweeted: “Pete Wells just did the same thing to Peter Luger what Jay-Z did to the X5.”

My favorite response came from food personality Eddie Huang, who wrote on his blog Based Fob that Peter Luger isn’t just the best steakhouse in New York City — it’s the best in the world. For Huang, Peter Luger represents so much more than food. “Yes, it’s fucking expensive. Yes, they push around new people. But just like Rao’s, just like Supreme, just like the old Union on Spring Street, just like Noodletown, if you are local, if you go a lot, people remember your name, they’ll save you a t-shirt, they’ll save you a table, they’ll save you some suckling pig, and they’ll throw a little extra steak in your doggy bag,” he wrote. “And this happened to me at these spots when I was broke selling t-shirts on a train. I still remember the people that held me down, made me feel part of the family, and stiff-armed the posers and tourists and toys. That’s why we rep Peter Luger’s so fucking hard. It’s not just a place for old guys and rich people with the Peter Luger card; it’s aspirational.”

“Go watch the Ralph documentary and listen to why every one aspired to the lifestyle,” Huang continued. “Peter Luger’s is the Ralph Lauren of steakhouses. This is the shit we aspired to. When my boy Quddus came into town with Sean Paul, we wore our Lo, we took him to Luger’s, and we felt like we made it. Luger’s has been making people feel this way for 100 years, and its why people still aspire to go. Five years ago, I took two bags of steak to the club with Brian Procell, and we held it up like the Larry O’Brien Trophy cause everyone else could cop bottles, but we had Peter Luger’s. We wouldn’t do that with any other food item besides maybe the Hennessy Wings from Dallas BBQs.”

As Eugene Kan, former Editorial Director at Hypebeast and now co-founder of Maekan, noted on Blamo’s Slack channel, the difference between Wells and Huang is one of product versus culture. This difference is also the brightest dividing line that separates editorial content nowadays concerning consumer goods. On any given day, you can find dozens of new product reviews on men’s style blogs and forums. Reddit’s Goodyear welt community has reviews for nearly every brand of welted footwear. Simon Crompton reviews bespoke tailoring and shoes at his site Permanent Style. On YouTube, there are thousands of reviews for men’s grooming products, Chelsea boots, flat-front chinos, high-end watches, and all-white minimalist sneakers. 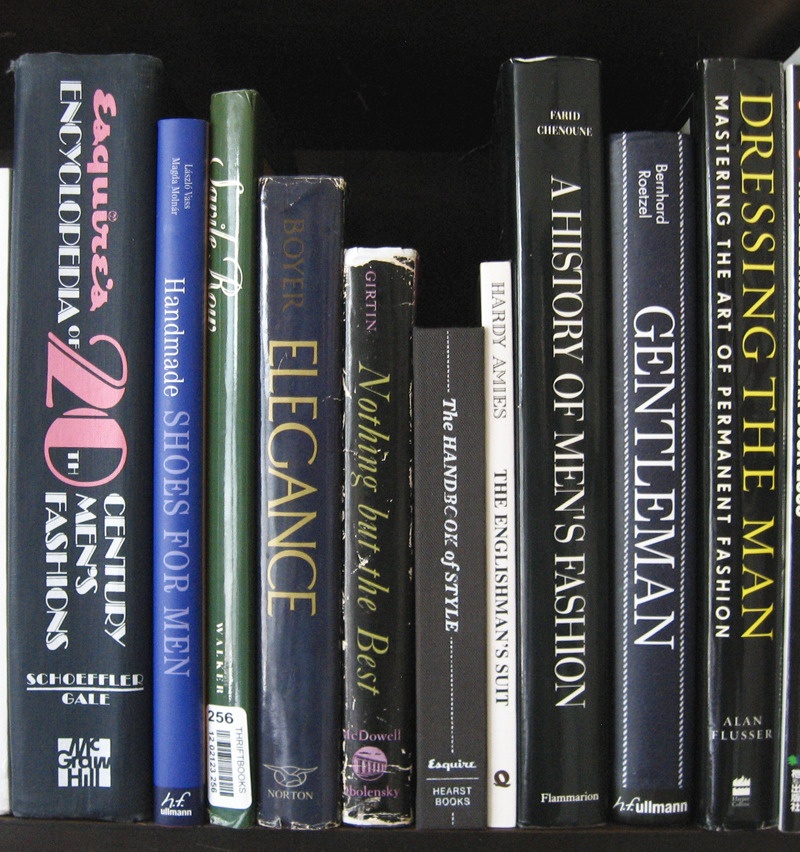 How did review culture come about? In the 1990s, I remember men’s style to be mostly about stories, not unlike those that the late, great writer Gary Warnett used to pen on his blog Gwarizm. Even those focused on classic men’s clothing — Alan Flusser, Bruce Boyer, and Bernhard Roetzel among them — weren’t so much giving technical breakdowns as they were sharing the history of men’s dress and ideas about how to dress better. George Frazier’s essay “The Art of Wearing Clothes,” initially published in a September 1960 issue of Esquire, is almost entirely a social history.

You can still find those types of essays between the pages of Esquire and GQ, but they’re often looked upon with suspicion. Social histories, such as the ones about how Nike’s Air Jordan became such as iconic shoe, are cynically seen as hype and marketing. People want hard, factual information that allows them to engage in some critical discourse about design and beauty. There’s an idea here that, if we can gather more and more information about the world, we can have a more perfect view of it. And in doing so, we can consume or wear the best objects without compromise.

Schwartz calls this the paradox of choice. It’s a problem that covers everything from the 31 flavors at Baskin-Robbins to the mile-long aisle of salad dressing at Safeway. It’s the rack of toothpaste — from teeth whitening to mouth freshening — at Duane Reade. In today’s consumer paradise, we have an endless number of choices for every possible product category. And yet, people are more dissatisfied with their purchases than ever. Even with so many options, people can’t seem to find exactly what they need, so they’re continually looking for something new to replace what they already own.

Our culture loves to have choices. Greater choice, after all, equates to greater freedom, and greater freedom equates to better individual welfare. But Schwartz points out that people can feel paralyzed from having too many choices, and they’re more likely to leave dissatisfied with whatever they choose — even if the choice is perfectly good. When he left The Gap that day, Schwartz carried out the best pair of jeans he had ever bought. Yet, he kept wondering if there was something better still. Before, he thought jeans only came in one fit and one type of fabric, but now that he was aware of all the options, he wasn’t sure if these were the perfect pair. And since everything falls short of our expectations in some way, we’re continually searching for our grail.

Out of this comes review culture: treating every object, no matter how big or small, in the same manner Consumer Reports treats a vacuum. Since Consumer Reports launched in 1936, sites such as Wirecutter, Best Products, The Strategist, Buzzfeed Reviews, and The Inventory have taken up the same rigorous testing model to draw in consuming readers. And the same has happened in men’s style — boards are filled with posts about the best suits, the best shoes, the best value-for-your-money. Perhaps it’s the fault of consumer culture, particularly in fashion, where companies promise their products will either transform your life or possibly, mercifully, be the last thing you’ll ever need to own. 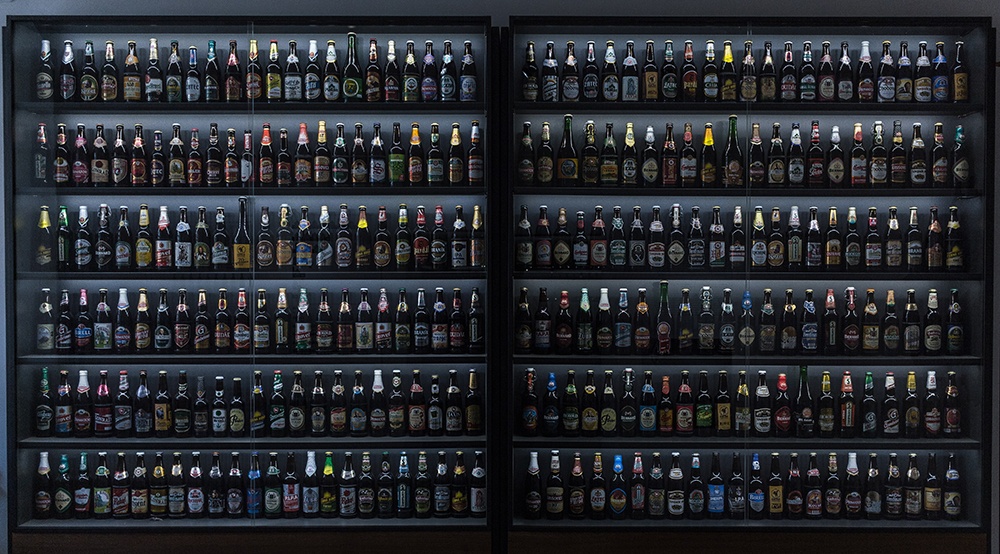 “The search for the best very much feels like a product of our time,” Eliza Brooke wrote at Vox in an article on the rise of recommendation sites. “Coming out of the 2008 recession, those who couldn’t afford to shop with impunity could use the internet to make sure that what they did buy was the best possible option. Media companies, grappling with a draining pool of ad money, needed new revenue streams, and launching or acquiring product review sites was one way to accomplish that.”

The thing about review culture is that the promise of finding “the best” is never fulfilled. For one, the best doesn’t exist — particularly in fashion, which is subjective. Second, too many people lean on the idea of buying “the best” to abdicate responsibility in developing a sense of taste. But most importantly, the reason why we never find the best is because that gnawing urge that compels us to find it in the first place is never satisfied. The irony of Peter Wells’ review is that people who were previously perfectly happy with the food and service will now second-guess themselves. If a Times food critic says the food isn’t any good, can their personal experience be trusted? Much of Wells’ review is focused on just whether a Luger’s porterhouse is worth the long wait and steep price – a question that invariably comes up any time someone talks about high-end clothing.

At the end of Huang’s post, he wrote: “And this isn’t copping out on the food. The first time I went to Luger’s and got the check, I definitely did a double-take. I considered whether the food was worth it, I wondered if I should have bypassed the German Hash since I’d be paying interest on it for the next three months of Chase Sapphire bills, but when I woke up for three days straight thinking about beef fat and potatoes, I knew I did the right thing.”

“There are very few restaurants where you don’t need a menu, but go to Luger’s and see how many people need one,” Huang continues. “The people with menus will complain, they’ll leave Yelp reviews, and they’ll order Sole (which I agree is good and what I will be going back for now that I don’t eat beef). The ones without menus say a few words: steak for four, tomato onion salad, bacon for four, German hash, and creamed spinach. They don’t dip the steak in the sauce. They know why one side is seared hard, and the other is butter soft. They’ll take their partners, their parents, their best friends, and their grandkids. They’ll die dreaming of beef fat and potatoes as the world burns or sinks underwater. And guess what, so will the people you see with menus today.”

The world needs reviewers because quality means something. There is such a thing as good leather, durable cashmere, and skillful tailoring. Plus, as David Hume points out in his essay “Of the Standard of Taste,” you can develop a better sense of taste through repeated exposure. In Hume’s essay, he famously claims that no one with a right mind would think there’s an equal level of genius between the works of John Ogilby and John Milton, or John Bunyan and Joseph Addison. Understanding the difference is about being open to the idea that there’s something objective about subjective things. As such, reviewers help us refine our taste and find better products.

But clothing is sterile without stories, community, and things that excite the heart as much as they do the mind. I love the ‘Lo Head look simply because it reminds me of my time growing up as a teenager, surrounded by guys who wore the flashiest of Polo Ralph Lauren clothing while dancing in nightclubs. You can’t capture that element of clothing in a product review. A few years ago, when I interviewed Wooden Sleepers co-founder Brian Davis, he said: “It goes back to the first day of school and wearing a jacket that makes you excited, a jacket that makes you feel cool. [Style] can be about a feeling.” Good food is about more than flavor, it’s about culture. The same is true of clothing.