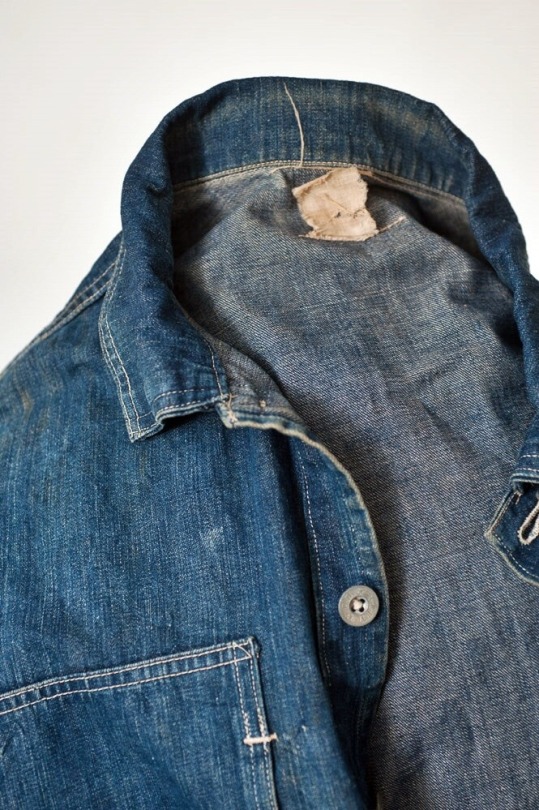 In the course of his American speaking tour in 1882, Oscar Wilde claimed that some silver miners tried to play a prank on him when he visited the rough, rust belt town of Leadville, Colorado. According to him, about a dozen miners led him to the bottom of a mine shaft with the intention of getting him drunk and leaving him there for a scare. But in a twist, the Dublin wit and writer regaled them with stories about the Italian goldsmith Benvenuto Cellini and Renaissance metal working. The miners asked Wilde why he didn’t bring Cellini with him, to which he explained that Cellini has been dead for quite some time. Living in a town where every man carries a revolver and no one dies of natural causes, the miners enquired: “Who shot him?” Afterward, they took Wilde to a dancing saloon, where a piano player sat in the corner with a sign over him that read: “DON’T SHOOT THE PIANIST; HE’S DOING THE BEST HE CAN.” It was, observed Wilde, “the only rational method of art criticism I have ever come across.”

Wilde is one of the few Europeans to ever leave the United States with something positive to say about American style – well, sort of. ‘‘In all my journeys through the country, the only well-­dressed men that I saw were the Western miners,” he lectured to an audience. In an issue of Harper’s Bazaar published the same year, an illustrator showed Wilde’s admiration for the miners’ uniform. “Their wide-brimmed hats, which shaded their faces from the sun and protected them from the rain, and the cloak, which is by far the most beautiful piece of drapery ever invented, may be dwelt on with admiration,” Wilde said. “They wore only what was comfortable and therefore beautiful.”

Compare this to when Albert Camus sailed into a New York Harbor in March 1946 to promote the English release of his novel The Stranger. During his three-month stay in Manhattan, Camus didn’t quite know what to make of the city’s “swarming lights” and “frantic streets,” but he was staggered by how the material abundance contrasted with the depravations of post-war France. He was less impressed, however, by American neckties. “You have to see it to believe it. So much bad taste hardly seems imaginable,” he later told a journalist. Seventy years later, Noam Chomsky recounted this anecdote to Glenn Greenwald after the two were introduced to each other at the University of Arizona. Confused, Greenwald asked Chomsky if he was trying to say something about his decorative, purple satin tie. Chomsky said plainly: “Yes.”

Wilde’s commendation of the miner’s “comfortable” uniform is an example of how he was fascinated with all things rustic and natural. But his sentiment didn’t match his costumes on stage. Since his admission to Magdalen College, Oxford in 1874, Wilde had always been a loud dresser. In photographs of his early days as a college student, he’s shown hanging around music halls and horse racing tracks while wearing loudly checked suits and bowler hats. Later in life, he challenged mainstream tastes by wearing long hair, quasi-Renaissance velvet suits, and loosely tied cravats. His style drew the attention of caricaturists and earned him notoriety as the “Professor of Aesthetics” in satirical publications such as Punch. But like a Kim Kardashian of his day, Wilde knew how to convert controversy into profit. When he embarked on a promotional tour for the operetta Patience, he cranked upped his sartorial exhibitionism. He wore breeches, stockings, pumps, fur-trimmed overcoats, and of course, miner-approved cloaks and wide-brimmed hats, all of which garnered him invaluable publicity.

One of Wilde’s central ideas is that you can find beauty in everyday objects, a sentiment echoed in England’s The Arts and Crafts movement, which stood for traditional craftsmanship and simple forms. In his second lecture on aesthetics, titled “Decorative Art in America,” Wilde admonished Americans for their ugly, overwrought decor. “What your people need is not so much high imaginative art, but that which hallows the vessels of everyday use,” he said. For him, Americans suffer from “bad wallpaper, horribly designed, and colored carpets, and that old offender, the horsehair sofa, whose stolid look of indifference is so depressing.” His recommendation: find things that are beautiful simply because they’re well-made and intelligently designed.

This past week, temperatures climbed past 90 degrees in the Bay Area, making it too hot for outerwear, let alone ties and sport coats. I found that the most comfortable uniform included a pair of wide-legged, self-belted Tencel pants I bought from Lemaire, then brown slip-ons from Margiela and a 1970s style ribbed knit from Camoshita (mine are all old season, but the linked items are the closest I can find of today’s models). Yasuto Kamoshita can be seen wearing something similar above, although I’m not dashing enough for things such as neckerchiefs. Tencel is a type of rayon made from mashed wood pulp. When used for trousers, it feels so airy, you have to look down a few times to make sure you’re actually wearing pants.

Since the weather returned to more manageable temperatures, I’ve found workwear to be surprisingly comfortable. This is, after all, the uniform of factory workers, cowboys, loggers, Southwestern silversmiths, and Rocky Mountain miners. While stationed in Southeast Asia, American G.I.s managed the tropical climate with ripstop cotton, military field jackets, and fatigues. Workwear is also great for summer for a straightforward reason: unlike the Belgian studio artist look of minimalism – where you have to be thin, tall, and young, and live in an all-white apartment with Beni Ourain rugs and imported beanbags – workwear allows you to center an outfit around a plain, white tee while still having a bit of a paunch and some wrinkles.

I can already hear what you’re saying: “But workwear is heavy! It’s uncomfortable and stiff, made from 14oz raw denim and canvas cotton!” While true, what’s the alternative? More directional looks can be too fashion forward for some, and cargo shorts with pique cotton polo shirts are the clothing equivalents of colored carpet and horsehair sofas. Oxford button-downs will always look good with flat front chinos and camp mocs, but they can also feel boring. Workwear not only follows Wilde’s principle of finding beauty in practical, everyday things, the Irish playwright even called it America’s most stylish uniform. Besides, you can chalk the sweat stains up to patina. If you’re looking for some summer-ready workwear items, here are a few ideas:

Outerwear: Chore coats, military field jackets, and denim truckers can be a little heavy, so you may not have that many opportunities to wear them depending on your climate. That said, I find they’re workable until temperatures get into the 90s. Self Edge, Chimala, and The Real McCoys have some handsome, upscale offerings, but don’t forget to check your local thrift. “Unless you’re shopping at the very high-end of the market, buying brands such as The Real McCoys or RRL, you can often get a vintage piece that’s cheaper and cooler than more mainstream items,” says Brian Davis, co-owner of the Brooklyn-based vintage boutique Wooden Sleepers. “Even a Levi’s trucker jacket from the 1980s is going to look better than a mainline Levi’s jacket in the same style, but new.”

Shirts: Chambrays are a must. They’re a relatively open, plain weave cotton made from a mixture of white and colored yarns (typically blue, but also sometimes grey or red). They’re lightweight, relatively breathable, and look great with blue jeans. My favorites are from Chimala, but Wallace & Barnes’ Japanese chambray is a great value for your money. Lightweight, plaid flannels from RRL and Pure Blue Japan can be great, as are printed styles from Kapital, Chimala, 3sixteen, Brycelands, Star of Hollywood, Todd Snyder, Levi’s Made & Crafted, and the very affordable Two Palms. And of course, there’s the reliable summer standby: a plain white tee. I listed a bunch of options in this post, although my main recommendation is for Lady White’s Clark.

Jeans: I still wear mid-weight, raw denim jeans for most of the summer, but 3sixteen recently released a slightly lighter weight 12oz alternative to their 14.5oz flagship jeans. “12oz was the lightest that we felt we could go before robbing the denim of its personality,” says 3sixteen co-owner Andrew Chen. “There’s a misconception that lighter weight denim doesn’t fade as well. Our lightweight jeans wear in just as beautifully since we used the same warp threads on our 14.5oz jeans as we did on the 12oz versions.” The jeans have also been garment rinsed and then hung dry — not necessarily a distressing process, but basically the same as an initial at-home soak. “It gets rid of some of the starch that is imparted to the denim during the sanforization process, and overall it makes the jeans lighter, softer, and a bit easier to break in,” says Chen.

Denim Alternatives: If jeans are too uncomfortable, try olive fatigues, cargo pants (yes, cargo pants), and military chinos. The military originals, after all, were designed by the US Quartermaster Department for American GIs stationed abroad in hot climates. Designer versions aren’t the same, but they’re fairly close in terms of their material and weave, and I find they’re workable on hot days. I’ve also been eyeing carrot-cut chinos from Fujito, which have the industrial ‘90 skate vibe of Dickies and Red Kap, but none of the polyester-blend sheen.

Shoes: I’ve been wearing my black Pretizada boots a lot lately with workwear, but the style is a bit too heavy on hot days. So when temperatures climb, I like low-cut shoes, such as Vans slip-ons and Authentics, Chuck Taylors, Rancourt and Oak Street Bootmakers mocs, Alden leisure handsewn loafers, Chamula woven huaraches, and if you’re daring, strapped sandals from Chaco (Sierra Trading Post has the Z1 on discount). Nike’s React 87s aren’t really a workwear style, but they can make rugged outfits feel a bit more modern and less repro. I recently bought the moss colorway.

Accessories: Finally, Wilde be damned, but I like wearing decorative accessories on hot days, even if they’re not about keeping things to the simplest forms. Summer can be a good time for statement eyewear and even a bit of tasteful jewelry. Lately, I’ve been into Jacques Marie Mage’s sunglasses, Kei Shinaga rings, and necklace I cobbled together with a vintage pocket watch chain and some pendants. When the weather is too hot for outerwear, I find accessories can make all the difference between an outfit that’s too wild and one that’s overly boring. Just choose wisely.

oh no im getting into cowboy boots