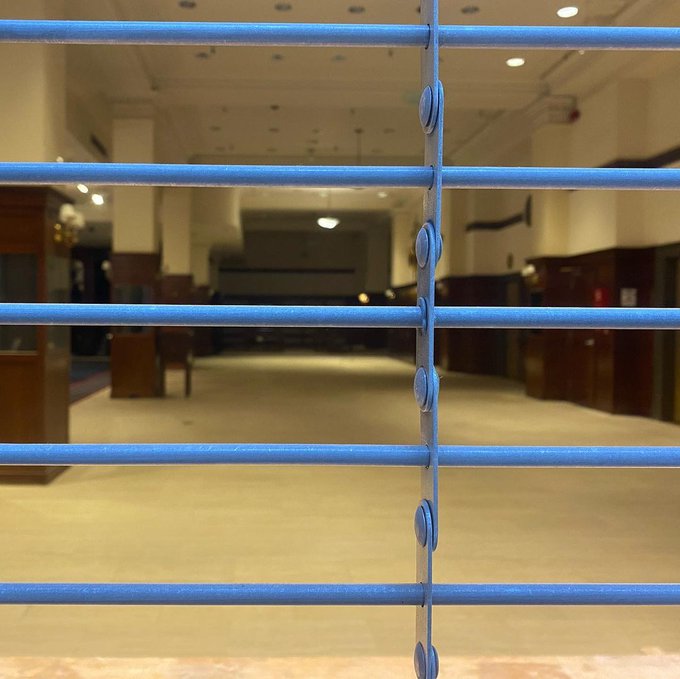 Much has been written about the “retail apocalypse.” While the US economy has been going through a general recovery, retail stores are struggling to keep their doors open. So far, in this year alone, there have been nine major bankruptcies, which is already more than those that happened in 2016. Major department stores such as J.C. Penney and Macy’s have announced over a hundred store closures. Menswear stalwarts such as J. Crew and Ralph Lauren are bleeding money. Payless filed for bankruptcy; Urban Outfitters say they’re overextended; and malls all over the country are quickly becoming ghost towns. The only stores that seem to be doing well these days are fast-fashion retailers (and even then, not all of them).

In some ways, the latest round of store closures isn’t anything new. A lot of this is about the shift towards online shopping, and the ‘net has already changed the brick-and-mortar scene for video stores, music stores, and travel agencies. It’s just that clothing retail represents a much bigger portion of the US economy (and the commercial landscape in most cities). And, as such, the changes here have bigger implications. A few months ago, The New York Times’ editorial board wrote: “The profile of today’s angry working-class voter is someone who has found that tickets to middle-class life have run out because manufacturing jobs they once could live on have given way to low-paying service jobs. Now, even many of these service jobs are disappearing.”

The changes are scary, and they remind me of an interview I once did with Allan Gilchrist, a manager at William Lockie. As many people know, the Scottish knitwear business has been dying for decades. Where you used to have hundreds of companies involved in the trade – from the spinning of yarn to the knitting of sweaters – there are all but a handful of surviving firms now (William Lockie being the best of them). To be sure, I’m speaking only of companies that still manufacture in Scotland. Many of the storied brands here have long off-shored their production, trading on their Scottish heritage in name only. 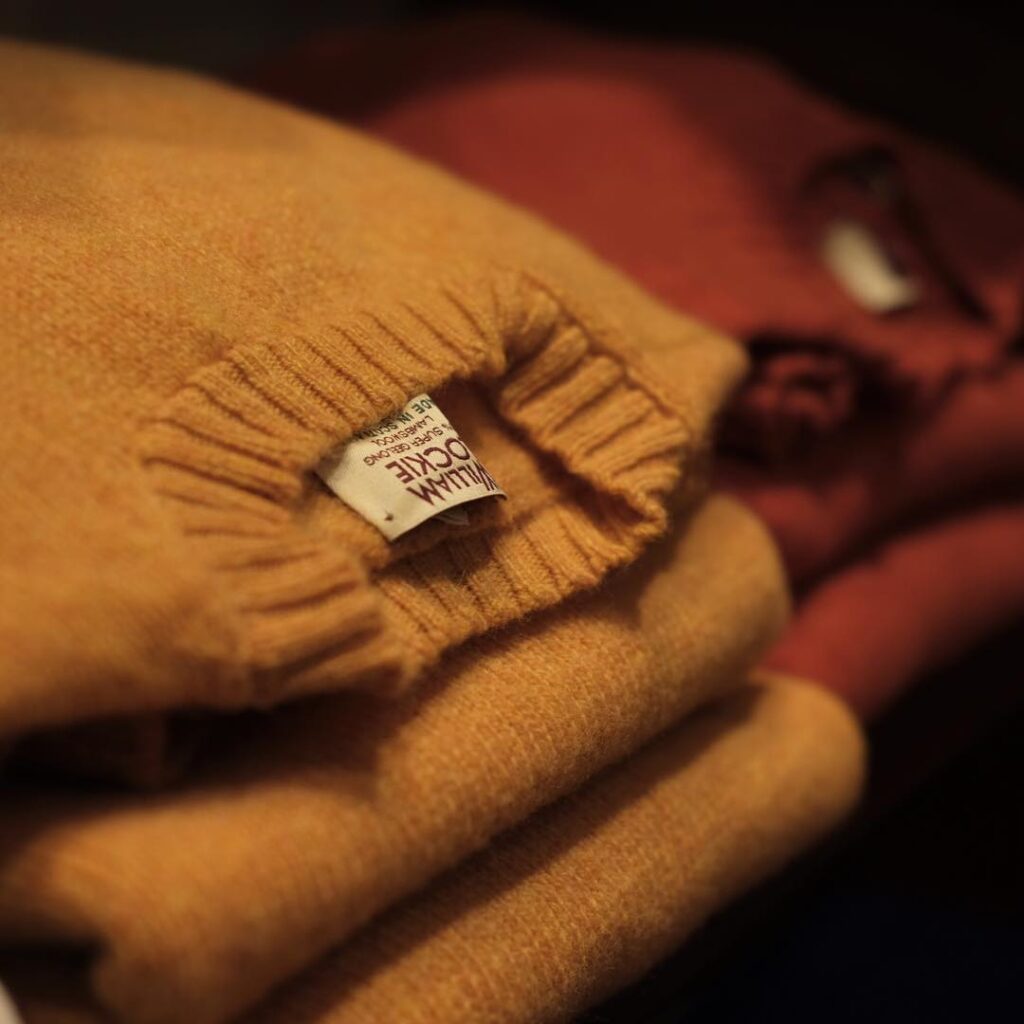 I asked Allan, who’s been working in the trade his whole life, why he thinks the Scottish industry has floundered. His answer was refreshingly honest: Scottish companies haven’t been very good at designing for fashion. And while that’s given certain companies some stability – as they’re not as caught up in the whims of fashion – it’s been tough on the region as a whole. The global market for basic crew- and v-necks has been flooded with cheap Chinese exports, which makes it increasingly difficult to sell something like a $600 Scottish cable knit. Italian companies, on the other hand, have lead the way in terms of fashion design. It’s easier for Missoni to charge $1,000 for a sweater because there aren’t many comparisons for what they’re selling.

And therein lies the story of men’s knitwear. Over the last 75 years, the center of the industry has moved away from Scotland and gone to China and Italy. China competes on price; Italy competes on design. Scotland has struggled because it hasn’t been very good at either, instead just banging out the same classics year after year. The story isn’t too dissimilar from the one Antonio Ciongoli told me a few weeks ago, when I interviewed him about how he designs clothes. When he did his first Eidos collection, he found that the worst sellers included the quarter-zip sweaters and five-pocket chinos everyone told him he had to make. The reason is because they were buried under a mountain of all-too-similar designs from other brands. Today, his best sellers include a unique field jacket and belted cardigan, both of which are distinctive to an Eidos look.

There’s a word for this: commodification. It’s when a market is so competitive products become nearly indistinguishable, so they primarily compete on price. Think of the difference between a blank white t-shirt and a Rick Owens “unstable” tee. There a million options for the first, so the price ceiling is low. Rick Owens’ tee, on the other hand, is much more unique, so it’s able to command higher prices.

The difference is that now everything is being commodified. Fast fashion retailers can ripoff a runway look within a month; trends pass through the fashion ecosystem at light speed; and consumers can more easily comparison shop. When a guy is looking at a field jacket at J. Crew, he can compare it against the hundreds of options online, even while he’s in the store. All he needs is a WiFi connection. 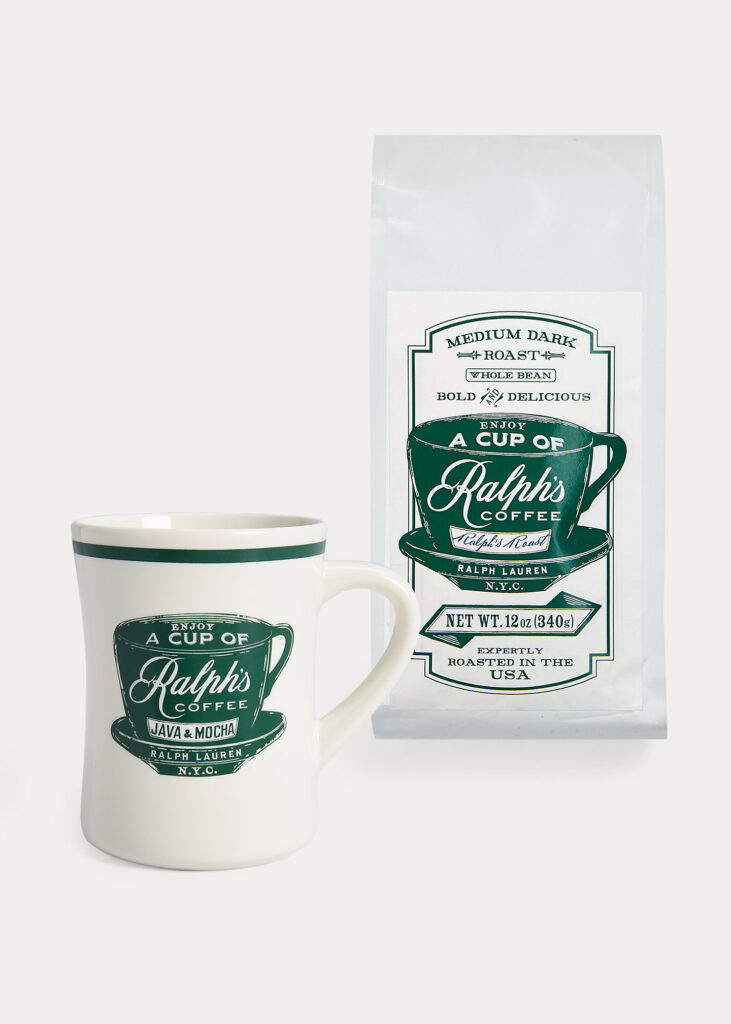 Some stores are trying to stay alive by turning their stores into “destinations.” In a story for the Wall Street Journal, Christina Binkley wrote:

What do luxury retailers in urban areas do when they face heavy pressure from the internet? Make their stores an experience. The high-end stores of tomorrow won’t try to compete with online retailers on price or convenience. Instead, they’ll do what many luxe shops are experimenting with now—turning themselves into destinations that customers go to visit instead of simply shop.

Stores will offer human connections, entertaining discoveries and dining options. And instead of being designed to feature one kind of inventory, the stores will function like pop-ups—completely changing what they offer from time to time, or even sweeping products aside to host community events.

A few examples: Barney’s has a barbershop, NYC clothing boutiques sell pastries and coffee, sneaker shop Kith has a cereal bar, and one of Nike’s stores double as a gym. (We’re a month away from the headline: “Area Man Opens Silk Blouse and Marinara Spaghetti Shop with Disastrous Results”).

It’s possible these strategies stem the tide – they can, after all, bring in much needed foot traffic. On the other hand, they don’t address the central problem: everything in fashion is now quickly commodified, customers demand discounts, and it’s all too easy to comparison shop. If not for the exact item you want, then at least a hundred items that look similar. If you have a coffee bar inside your boutique, that just means someone will come for the coffee, look at the $300 parkas, and then find a better deal online.

One solution is to sell things that are a bit more unique. Fewer work boots and oxford-cloth button-downs; more avant garde leather jackets. The problem, of course, is that inherent in the commodification problem is the audience problem. If you’re a brick-and-mortar, you rely on a local audience, and not many people want to wear adventurous designs. One Bay Area shop I spoke to said they struggle to move their Kapital stock. Even if the line is popular with an online fashion audience, the average local customer finds the clothes too challenging to wear. When you move out of commodities, you’re trading one problem for another.

My guess is, in the future, the stores that survive will be ones that incorporate a unique service element into the core of their offering. That won’t mean building in salad bars and bouncy castles – which have nothing to do with the clothes themselves. Instead, it’s about augmenting their product offerings with a service that’s rooted in a locale. Something that disallows for easy online comparisons.

One company doing this is Sephora. Although it’s outside the menswear space, the market for beauty products has been going through a similar upheaval. Sephora, on the other hand, is thriving, operating more than 2,300 locations in 33 countries. One of the secrets of their success is how they’ve embraced technology. An excerpt from a recent New York Times feature:

Want to try 50 shades of lipstick without getting chapped lips? There is a mobile app using augmented reality for that. Customers can scan their faces to get their Color IQ, a reference number used to find products that match their skin tones, or sit at digital workstations to take classes in contouring cheekbones. Sephora even has its own version of Smell-O-Vision, a touch screen with a fan that lets visitors smell the scents — floral, earthy — that characterize most fragrances.

You can imagine similar technologies working for clothes. In the Cisco concept video above, you can see how a technology-aided mirror helps a customer choose between different styles. In the future, maybe you can customize these styles through an easy-to-operate MTO or MTM program, allowing you to figure out the best fabrics and silhouettes for your taste and body type.

Things don’t have to be so high-tech. Rubinacci these days sells their bespoke service largely on the strength of Mariano’s taste (which, for customers, translates to a better looking style). Likewise, Stoffa’s custom-fitted casualwear looks great because of Agyesh’s experienced eye. He’s a great source for advice when you’re flipping through swatch books, and you can rely on him to get a better fitting jacket than you’d get elsewhere. In this sense, the offerings here are just as much about services as they are products, and comparisons to other brands aren’t so easy. Men will stick with the same barber forever because they’re uncertain how a new one will perform.

Readers in NYC may have heard that Epaulet closed their Brooklyn boutique and moved to Los Angeles. The closing was due to rapidly declining foot traffic, even if their commercial neighborhood was booming. But while men were buying their basic khaki and OCBD staples online, Epaulet saw their MTO custom shirt program grow. With MTOs, you can’t easily replicate the experience of being personally fitted for a custom garment, so customers came in and shopped.

There’s no way for stores in the future to compete on price or delivery alone. Zara and H&M are selling shoes for less than the average price of dinner in San Francisco; Amazon and Walmart are building physical networks that will one day meet one-hour delivery times. If brick-and-mortar stores are to survive, they have to do something that prevents their offerings from being commodified. While I’m sure each store will have to find their own way forward, my guess is that in ten years, success stories will be united by a theme. They’ll be the ones who found a way to augment the core of their business with some kind of service – one that isn’t just about friendly smiles or in-store shopping experiences, but something that disallowed for easy online comparisons.

ppl who care about fair wages in the garment industry often call for supply chain transparency. but it's difficult to know what truly happens behind the scenes. instead, we should put into place legal protections for unions and undocumented workers to bolster bargaining power.