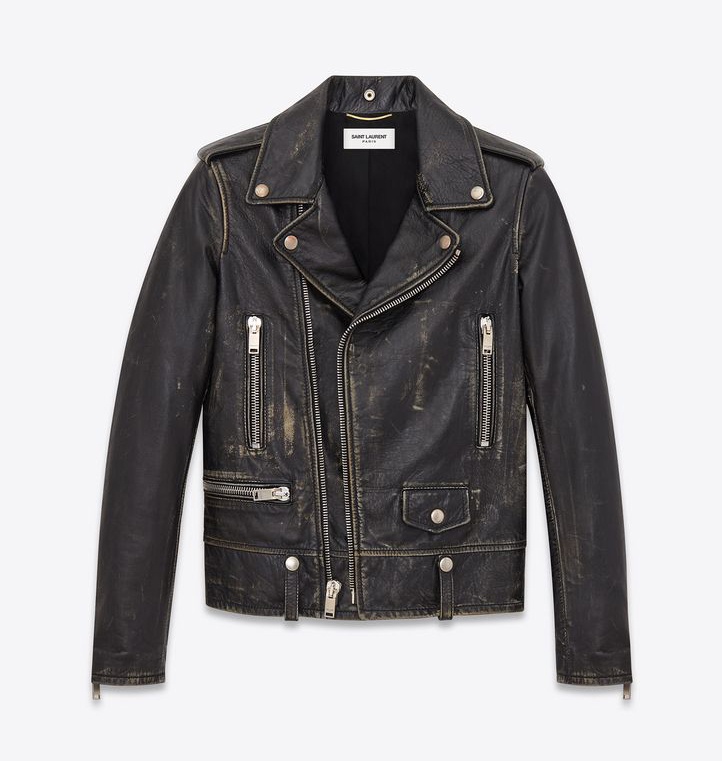 Every December brings with it a new crop of “year in review” stories. The best one for fashion this year is probably this piece by Vanessa Friedman, who recently penned something on the biggest headlines of 2016. If you’re interested in the fashion industry as a broader topic, it’s a great read.

When I look back at 2016, however, the story that sticks out in my mind wasn’t even written this year. It was something Cathy Horyn wrote for T Magazine the year prior. In it, she suggests we may be entering a “post-trend universe.” That is, whereas fashion used to be cyclical – going from skinny jeans to baggy, then back to skinny again – it’s now possible for many styles to coexist. As she put it, “there is no single trend that demands our attention, much less our allegiance, as so many options are available to us at once.”

Horyn’s article was about women’s fashion – tracking things from “the hobble skirt of the 1910s, a Paris invention that spread to small cities and was ultimately sold by Sears, to Dior’s radical New Look of 1947, to the ‘60s miniskirt” – but it may as well have been about men’s style.

At the time of its publishing, the last big trend in menswear was a mash-up of Americana, workwear, and prep. Since then, some things have come and gone (e.g. soft Italian tailoring), but they haven’t moved the needle in the same way. Few men, after all, have occasions to wear suits, and good tailoring doesn’t translate into high-street shops as well as, say, chambray shirts. So the last thing to spread through the fashion system relied on the usual tropes about masculinity – rugged workshirts, waxed cotton jackets, and hunting-inspired clothes that could be adopted at almost any price point.

In Horyn’s post-trend universe, “style tribes” could coexist like islands. The idea was that there would be thousands of microtrends driving different communities, but no single trend driving fashion as a whole (unlike ‘60s Mod or ‘80s Armani). Horyn thought this was made possible thanks to the internet. People could perfectly curate their social media feeds to suit their interests, rather than being told from the top-down by fashion editors on how to dress. An excerpt:

Now, though, every brand, and every media outlet, is focused on creating its own universe, ostensibly for the people who want its products or to buy into a point of view. As popular as fashion is today, running on a mixture of media platforms, the information is usually too diffuse. That’s why branding is so dominant; it helps establish corporate identities — boundaries, really — but branding also functions as a filter for many consumers.

Fashion magazines also play an entirely different role than they did 20 or 30 years ago, when they could advise readers about whether or not pants were appropriate for the office. Almost no one cares about that sort of thing today. More often than not, the influence-makers are young people who promote their daily outfits on Instagram, accumulating “likes” that are essentially data points for designer brands. It’s not unusual for some style gurus to rack up 25,000 or more “likes” for an outfit. Do they move merchandise? No doubt, but they don’t necessarily spur a mass following. Besides, someone new is always surfacing on social media to show off their stuff.

It almost sounded like Utopia, this idea of people being able to truly dress for themselves. As Horyn put it, “the ability to find styles that actually suit one’s body and personality is cause for celebration, offering [people] so many more forms of self-expression.”

When I look back at 2016, however, I don’t see thousands of microtrends. There are hundreds of Americana stores, yes, and prep lingers. Athleisure is also still a thing, and the ‘90s have come back in the form of skate-inspired streetwear and oversized clothes. But there’s still a very identifiable way for how things are put together.

If you take a walk through downtown San Francisco, for example, you’ll find three kinds of men. The first are those who care little about how they dress; the second are those who dress just a little better than their peers at work. For lawyers and financiers, that means well-tailored suits with white shirts, dark ties, and if we’re lucky, good shoes. In more casual offices, it’s about slim-fit oxford-cloth button-downs tucked into raw, selvedge denim jeans, worn with either white minimalist sneakers or barely scuffed work boots.

Then there are the guys who obviously care about fashion. Some wear the Saint Laurent uniform – a play on old, rockstar cliches, which used to signal something about rebellion, but now have come to represent the height of fashion victim conformity. The slick, luxury-level double-riders with silver zips, worn with skinny black jeans, sized too small, and pointy jodhpur boots. Others are in the streetwear-meets-high-fashion look – a camel-colored Raf Simons topcoat thrown over a Thrasher hoodie, both paired with sand-suede Common Projects Chelsea boots and some pre-shredded jeans (gaping holes at the knees are a must). If all that is too expensive, there’s the affordable uniform: an Alpha Industries MA-1 bomber, identifiable thanks to that red zipper pull, worn with a drapey, overlong t-shirt and some Adidas sneakers (only the hyped models).

It turns out, 2016 was just as much about big trends as any other year. Instead of thousands of microtrends, walking through a hip neighborhood these days comes with few surprises.

Who knows what happened. Maybe these style communities aren’t so isolated after all. Maybe Horyn underestimated the power of pop culture’s influence on fashion. Or maybe she misread the internet. Much like how techno-optimists in the ‘90s thought digital technology would drive us towards a more inclusive, small-l liberal society (so much for that), Horyn may have thought technology would give us better wardrobes.

In one of my favorite articles this year, Mary Choi at Racked wrote that there are too many “correct outfits, too many starter kits.” For her, the fundamental problem is that people are too afraid to take fashion risks. And more than ever, the internet has made it possible to learn exactly which items you need in order to be “stylish,” then buy entire wardrobes with a click of a button. We all see the same heavily reblogged street styled photos and selfies; Google searches bring us back to the same search-engine-optimized rankings. We’re told exactly what to buy and exactly how to wear things. It’s “dress by algorithm,” as Choi puts it:

Trying to find an image of a wide-brim hat without feathered bangs and a shearling-trimmed patchwork duster or a see-through caftan is like searching for fat Karl Lagerfeld photos: impossible. When you Google Image search an article of clothing, a shoe, or a brand, you have the option of seeing its most desirable SEO rankings – say, as part of an outfit, or as worn by a celebrity, or as a manifestation of some particularly sticky “street style.”

It’s how flat-front gauchos beg for a stacked-heel mule and a crossbody bag with a very thin strap. Or bigger culottes in fluffier materials go with shrunken varsity jackets or else really, really big varsity jackets. All with ball caps. But, please don’t bend the brim! Everyone dresses artfully off-kilter, like off-duty models, from trainers with delicate, bias-cut silk dresses to mismatched earrings that indicate you have a sense of humor.

It’s the sartorial equivalent of the IKEA scene in “Fight Club,” the one that signals just how wrong everything has gone in Ed Norton’s life. “If I saw something clever like a little coffee table shaped like a yin-yang I had to have it,” he narrates. “I’d flip through catalogues and think what kind of dining set defines me as a person … I had it all, even the glassware with tiny bubbles and imperfections.”

It’s the hyper-curation that I find onerous. The practiced élan.

The big story coming out of 2015 was that men were finding their own personal style again. Instead of dressing by the rules, and going by norms set two generations ago, men were mixing casualwear with tailoring, sneakers with suits, streetwear with designer fashion. They felt more conformable to experiment; weren’t so beholden to groupthink. In hindsight, all that was just a set-up for a new internet-driven look. The black double rider is today’s hunting coat; Adidas Ultra Boosts the new double monk.

When I think back on 2016, I’m a little more appreciative of a few things:

Anyway, for all the predictions in 2015 about where menswear is heading, it turns out fashion is the same as it ever was. More cause for celebrating things that are truly special, I think.

To end, I leave you with this video. May your clothes in 2017 bring you as much joy as this woman’s Chewbacca mask.